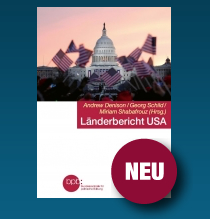 How can the nations of Europe and North America unite in response to China’s and Russia’s strategic competition? How can the transatlantic partnership deter and contain the Russian and Chinese threats, reduce the risk of war, and at the same time, prepare for war, should it occur? More importantly, how can Americans and Europeans convince Russians and Chinese that cooperation is better than conflict, that it doesn’t have to be a zero-sum game?

America and Europe need to understand the nature of the new competition. The countries of the Atlantic Community need to jointly define the strengths and weaknesses of the new autocratic challenge while underlining the advantages and levers of power available to the West. The partners must modernize their strategies in a coordinated manner, particularly in the area of public relations, both at home and abroad. Those with the best stories win. Maintaining the consent of societies on both sides of the Atlantic is important; achieving the active engagement of Western societies in the promotion of Western values, interests and strategies is even more important. Without the power of the Western populations, Western governments will be limited in their ability to shape the future world order.

The New Challenges
In defining the nature of the new challenges, including the strategic competition with China and Russia, it is useful to recall why we live in an era of peace with freedom and prosperity that is historically unprecedented.

In dealing with China and Russia and all the other challenges, it is important to understand and counteract the following threats to these foundations of what historian John Lewis Gaddis has called the Long Peace:

Contending with the changing, globalizing nature of strategic competition will require NATO governments to pursue a more comprehensive transatlantic coordination of geostrategy, even if this not particularly easy right now. Trust is lacking. The question of who coordinates whom seems more important than the question of the necessary response to the broad front of new threats and opportunities.

European Concerns
Europeans are worried that Americans might turn their backs on them and pay more attention to Asia. Europeans have concerns about China’s rise, but their fear that America is moving its troops, investments and cultural affinities toward Asia is even greater. Many Europeans forget the longstanding strategic role of the US in Asia, from the opening of Japan and China in the second half of the 19th century or the Philippine Wars (1899-1902) to Pearl Harbor, Korea and Vietnam.

New is not America’s pivot towards Asia, but America’s deep, seemingly inextricable involvement in the Middle East. The World Wars, the Colonizers, the Ottomans, the Crusaders, the Mohammedans, the Persians, if not the sins of Adam and Eve, have left the region barely governable and wracked by poverty and violence. The United States has played its part, since 1945, and since 9/11 much more profoundly. For almost two decades, the United States has had large armies not only in Europe and Asia, but also in the Middle East, and there, not only in the role of deterrence and containment, but also in daily and deadly combat against America’s enemies. America does not need the Middle East´s oil, but America’s geostrategic interests in the region are of fundamental importance. The proximity of this cauldron of conflict to peaceful, free, and prosperous Europe is hard to overlook.

Excluding the North American continent, there is no other piece of land on this planet that is more important to the Americans than Europe. The European Peace is the foundation of American power and the pre-condition for American involvement in Asia. The partnership with Europe leverages US power over other major Euro-Asian empires and former empires, whether Russia and China, or India, or Iran and Turkey.

Some Europeans claim that the Americans want to destroy multilateral institutions. The attraction of weaker states to multilateral organizations is understandable. In Europe, the diverging attitudes of large and small states are no different. In NATO, each of the 29 members has a veto right. Americans have often been less enthusiastic about international organizations than the Europeans—even about those post-war organizations established at American behest. The EU might be an exception (Trump aside), as there have often been moments when one might think that Washington has a greater interest in the success of European integration than the Europeans themselves. All the same, Europeans should ask themselves how they might be able to reduce America’s skepticism towards the multilateral institutions they so favor.

Interestingly, the Americans measure the Europeans by Syria as well. Henry Kissinger in 2016: “What has been lacking in Syria is Europe, but their present domestic structures tempt them to avoid difficult strategic issues.” Donald Trump said it was Europe’s absence from Syria and the fight against ISIS that made NATO “obsolete.” Whether the Germans and French together with other Europeans could really help, much less replace, the Americans in this struggle and in the stabilization of Syria has hardly been discussed. No party in the German Bundestag would vote to send the Bundeswehr to Syria.

Underlying the issues raised by Syria, China, and multilateralism is a larger question, especially in Germany: How reliable are the Americans? The trustworthiness of the United States is of existential importance to the very dependent and less united states of Europe. Hence the simultaneous fear of American crusade and American retreat. Perhaps it is easier to live with this fear than to do something about it. Only a few Europeans raise the question of how to improve their strategy for contending with an unpredictable, unreliable, but existentially important United States.

American Reliability
Many Americans try to reassure Europeans—if not always with success—that the United States remains reliable. America’s geostrategic interests and their reflection in all sorts of transatlantic institutions and investments leave little room for Trump to distance the United States from Europe. Americans would not allow it. The United States is more than Trump and his tweets. Opinion polls show Americans holding positive feelings toward Europe and NATO. Most European populations are less positive toward NATO and the United States.

All the same, NATO is united in its deployment of new military capabilities to the frontline states of Eastern Europe. Perhaps the robust American response to Russia’s new military options is yet another reason why many European countries choose not to meet NATO’s two per cent of GDP military spending target.

Americans hope that Europeans see themselves as part of the West, and not as an antipole to America or as a neutral intermediary. In the face of new, increasingly global challenges, Europeans need to more clearly and openly underline the value of the Western Alliance as a cohesive and capable community of like-minded countries.

Mobilizing the Capacity to Act
Atlantic societies are growing together. In the social-network age, the coordination of strategic public relations is more important than ever. Joint political decision-making is only part of the answer to the new challenges. The more the future challenges require new national and international government capacities, the more important it is to win the approval and participation of the respective populations. The adage about the primacy of domestic policy also applies to the age of globalization. Think globally, act locally.

An important step in building popular support is to refute the thesis of the downfall of the West. The West´s astonishing success is nothing to be quiet about. The normative power of the West as the sum of the progress of the Enlightenment must not be underestimated. The people of the world vote with their feet.

“OECD countries received about 5.3 million new permanent migrants in 2018, a 2% increase over 2017, according to preliminary data. Since 2015, European OECD countries have collectively received more permanent migrants than the United States. Nevertheless, the United States remains the largest single destination country for migrants, followed by Germany.”

Western norms are of strategic importance as never before. Look at Hong Kong. The world is getting better and more western. The (globalized) populist reaction, on the other hand, is more a distorted reflection of this progress than its end. Opposition requires engagement. Western institutions are challenged and in need of modernization, but Western concepts and values are—relatively—forward-looking, inclusive, globally scalable. A little more historically-based optimism is a good anti-dote to the current crisis of confidence.

The more diverse Western societies become, the more important the elements of unity will be. Clear, credible, common goals strengthen the willingness to reconcile differing interests. Strategic competition and dwindling unity are not an American problem or a European problem, but a Western problem that can only be overcome with more national investment in common Western capabilities. With more capacity to act, Atlantic institutions, whether governments or international organizations, will regain trust and foster confidence, thereby generating an even greater capacity to act—as is appropriate in the age of radical progress.